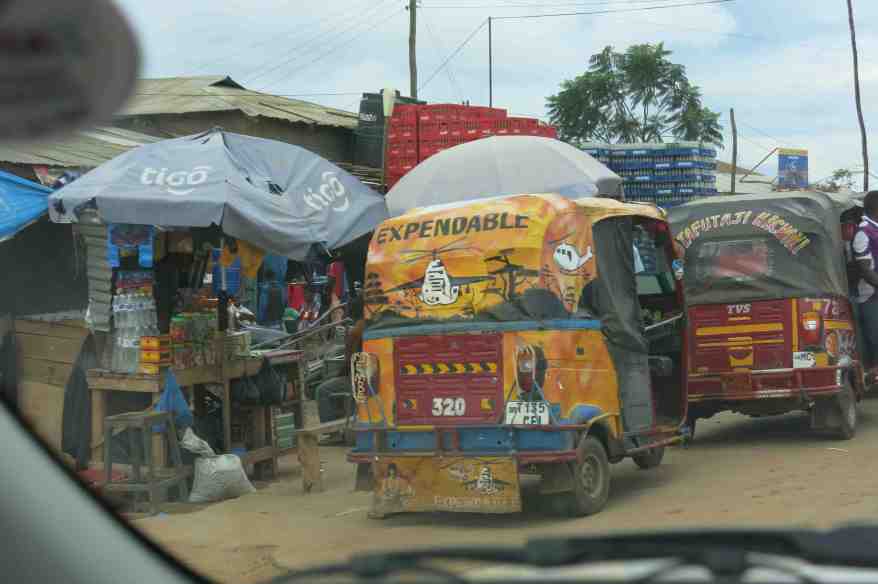 Following two nights at Kapishya Hot Springs, we made a dash for the Zambia–Tanzania border. Two hours of formalities, and we were in.

The differences over the border were striking. African border towns are known for having real life turned up to ten, but Tunduma is in another league. You are instantly hit by the Tanzanian music blaring from every other shop, the colour of the dress, the raised voices (i.e. shouting), the dust and diesel fumes in the air, and the frantic scramble to get to the end of the road first. We loved it.

We headed for a lodge recommended by the people at the hot springs but we missed the turn and ended up in Mbeya, a busy roadside town with dust to spare. Where to spend the night? The pic shows our dilemma.

We got lucky when we chose the Royal Tughimbe (no Trip Advisor reviews), the hotel with the friendliest staff on the planet. Sometimes you can forgive the twice-cooked chicken and limp chips when it is served by the smiliest waitress in Africa who is wearing a pink pinny and matching cap who treats you like a long-lost auntie and uncle.

‘Are you always so happy?’ I asked.

‘Of course. I am happy because you have come to visit.’

The combination of long hours in the air-conditioned car, tiredness, and spending time around coughing and spluttering guests at the hot springs, brought Alan down with man flu.

We asked the manager to direct us to a pharmacy, but that was not good enough. He took us to a boarding school at the other end of town where his wife was matron of the clinic. Alan was examined by a nurse who immediately suspected malaria. Really, he felt such a fraud as he only wanted a day off in bed with the Sunday papers and tea & toast. Then they called a doctor, who prescribed a pocketful of drugs that probably covered every eventuality – except malaria, which, he said, was unlikely.

Then we posed for a photograph and were walked back to the hotel.

Honestly, he only wanted an aspirin. 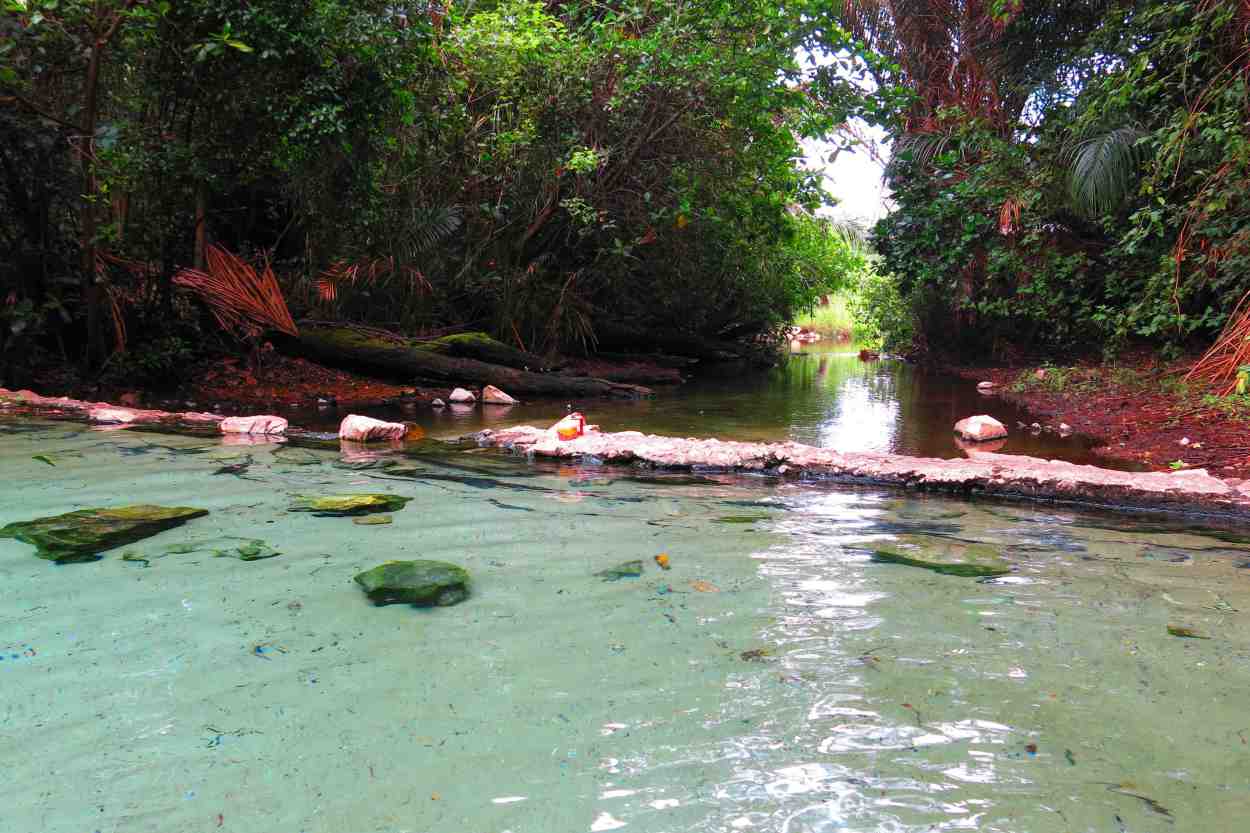