During a circumambulation of Lake Victoria by motorcycle in 2012, I met Vitalis Tivis while searching for another pastor who was building another school in another village, also called Irovo. After realising my mistake I explained to Vitalis that he was not the man I was looking for. He replied: ‘Maybe you were looking for me but just did not know it.’

We spent an hour together at the school before I had to leave to meet Mama Sarah Obama, the then US president’s grandmother, who lived close by. Vitalis vowed to keep in touch. He did, by email.

Four years later, my wife Olive and I shipped 34 boxes of donated school supplies from the UK to Cape Town. We then took out the rear seats of a 4X4, stuffed it with as many supplies as could fit and drove 6,000 kilometres through the length of South Africa, Zimbabwe, Zambia, Tanzania and Kenya, finally arriving three weeks later in the village of Irovo.

Using money donated from friends and colleagues, in June 2016 we bought an acre of land in the centre of Irovo on which we built a temporary school. The day we started building, Strive for Excellence (Irovo) became a registered UK charity.

We are now fundraising to move the children out of the temporary structure into a brick school next door.

I never did find the original Irovo. 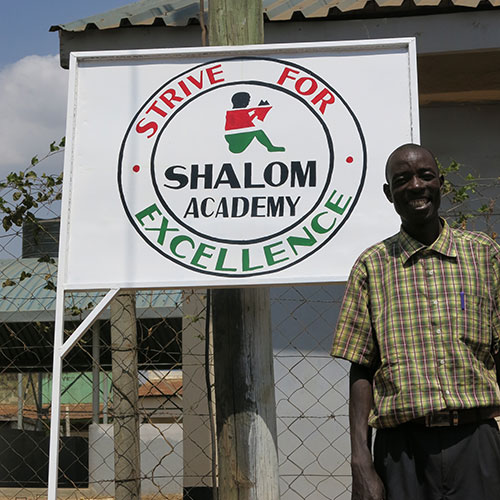