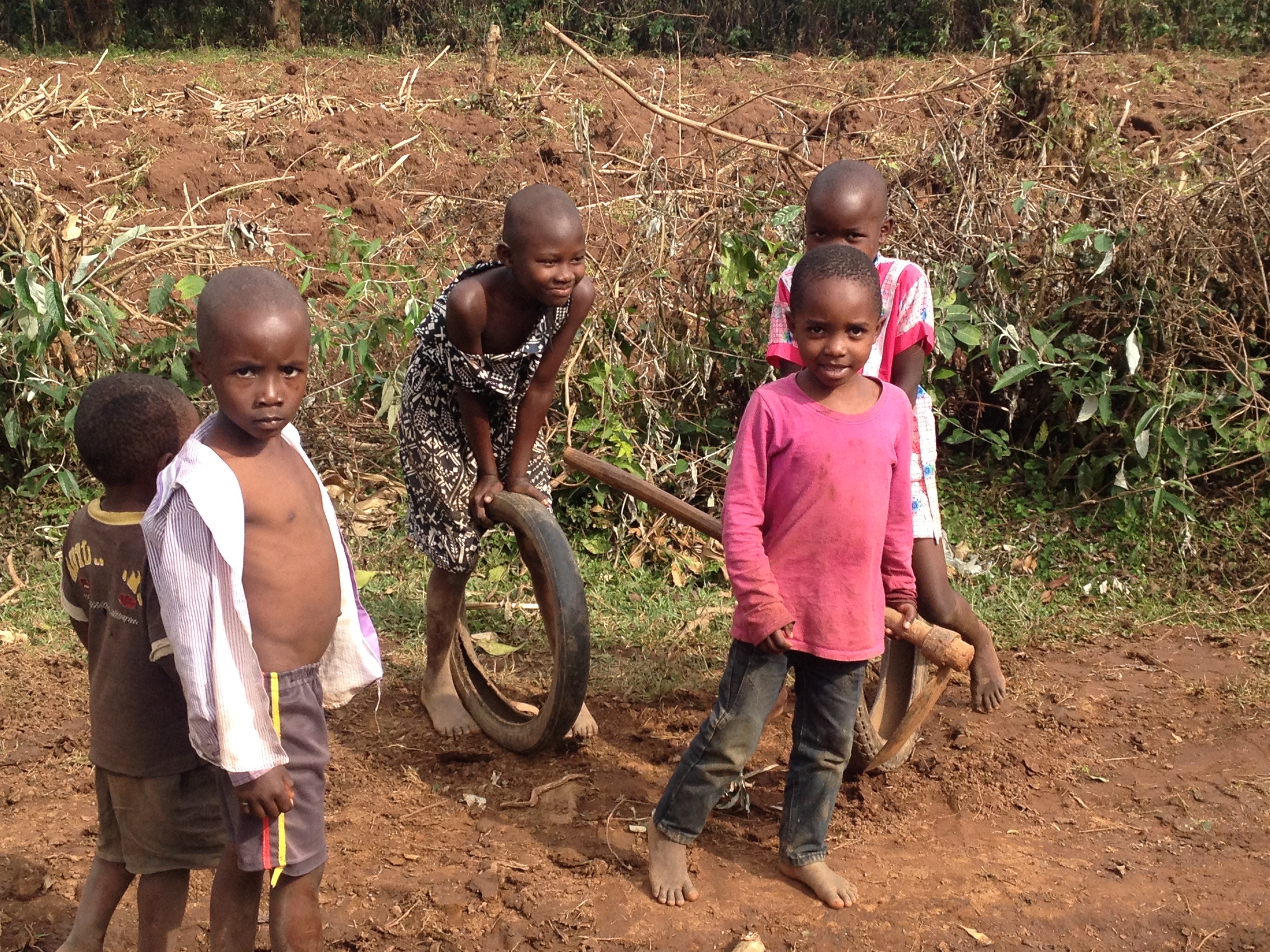 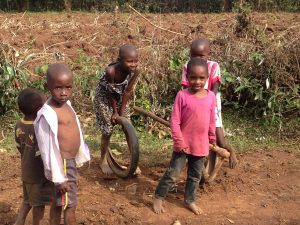 All the building activity at the school has attracted plenty of curious looks from children in the village.

This photograph was taken on a weekday, so none of these children attend school. This is the reason Vitalis began Shalom Academy nine years ago. We see them as future customers, and hope they will take their paces alongside their friends next term, once the extra classrooms are built.

First, though, we have to find where they live and have a quiet word with their parents about the importance of education rather than expecting them to do farm work (as can be seen from the hoe one child is carrying) on a school day. Once their parents know we do not discriminate according to income, we’re sure they will send them to school in January. 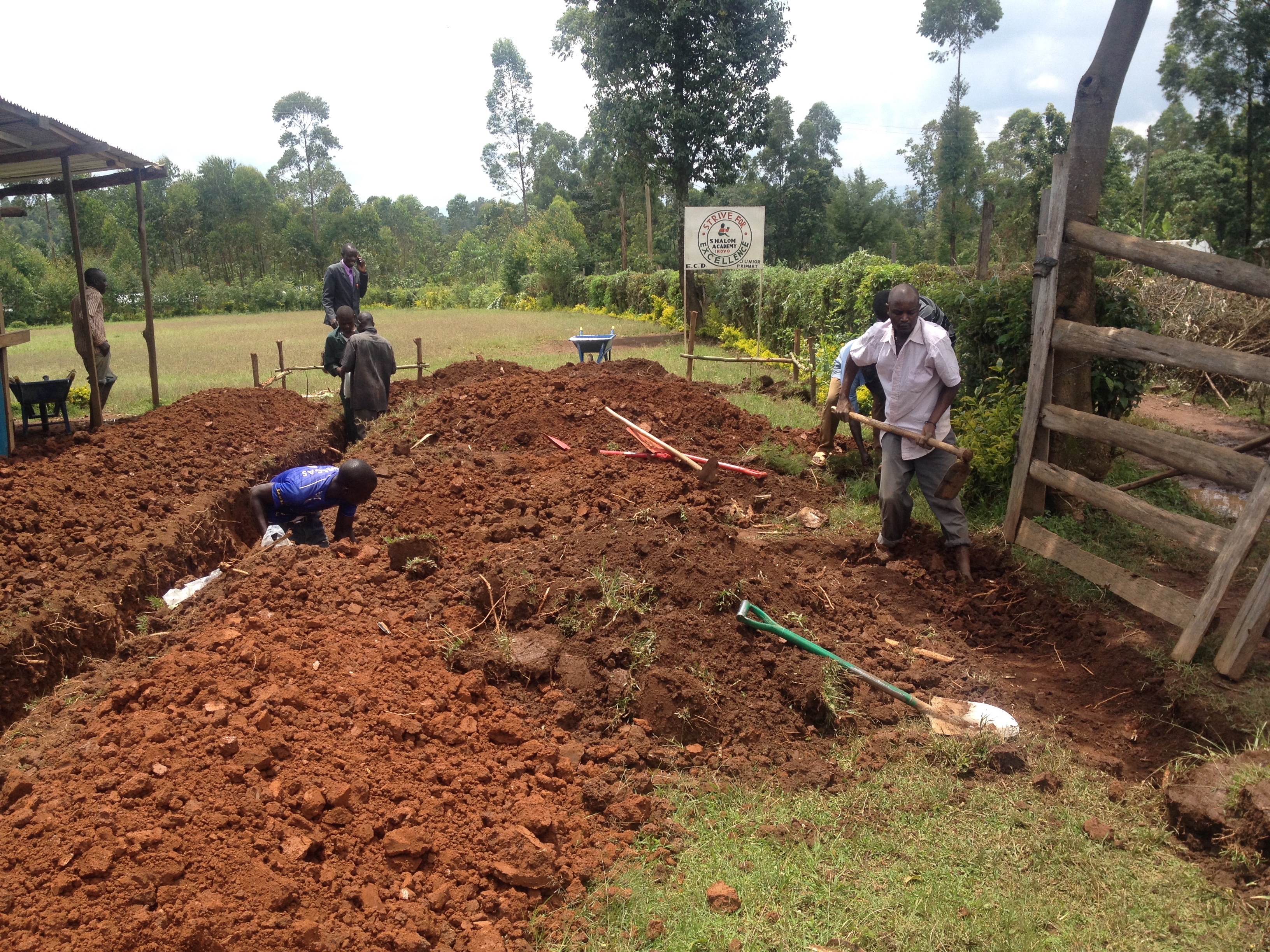