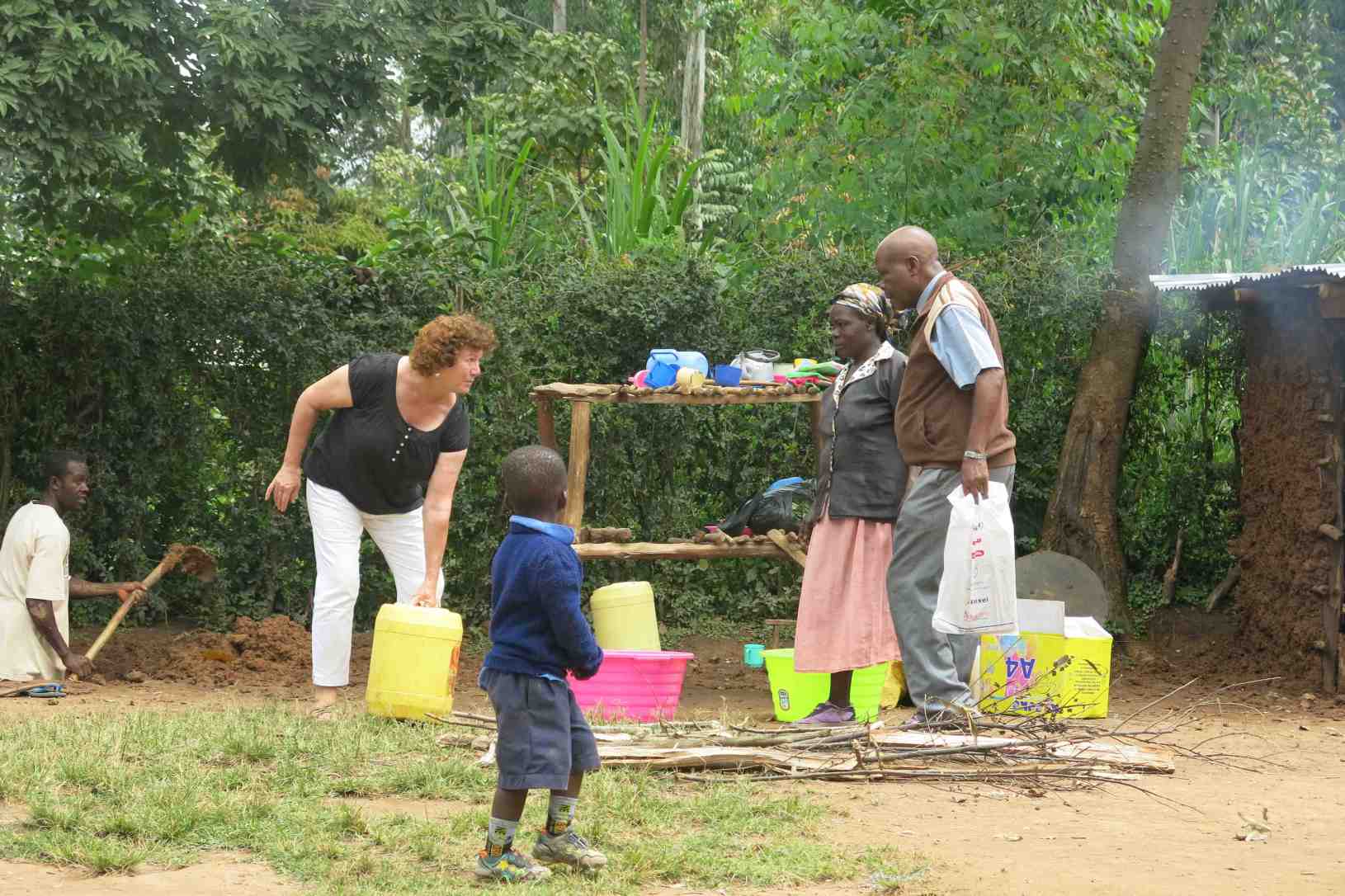 There were two urgent needs at the school when we arrived a couple of weeks ago: desks and a kitchen.

The children were all bunched up on benches in the classrooms — space for only half their number.

Meanwhile the cook, who every lunchtime alternates ugali (maize porridge) and beans, was cooking outside with a huge pot balanced on three stones. And it rains a lot in Western Kenya.

Vitalis asked a carpenter to make 13 new combined benches/desks as he planned to build the new kitchen.

‘Where will you get the material?’ I asked.

Two weeks later on our return to Irovo, the benches were all made (see video in our next post; I think they were still careful of the new benches as they all sat on the floor to eat).

By now the first layer of mud had been applied to the basic structure of the new kitchen. The cook was VERY pleased. We added to her happiness when we arrived with some colourful bowls and dishes and spoons for the children’s lunch. Before now, they had been eating with their hands out of plastic mugs. Next day? They weren’t interested in mugs. It was dishes and colourful spoons or nothing!

And a lollipop or two for afters helps. 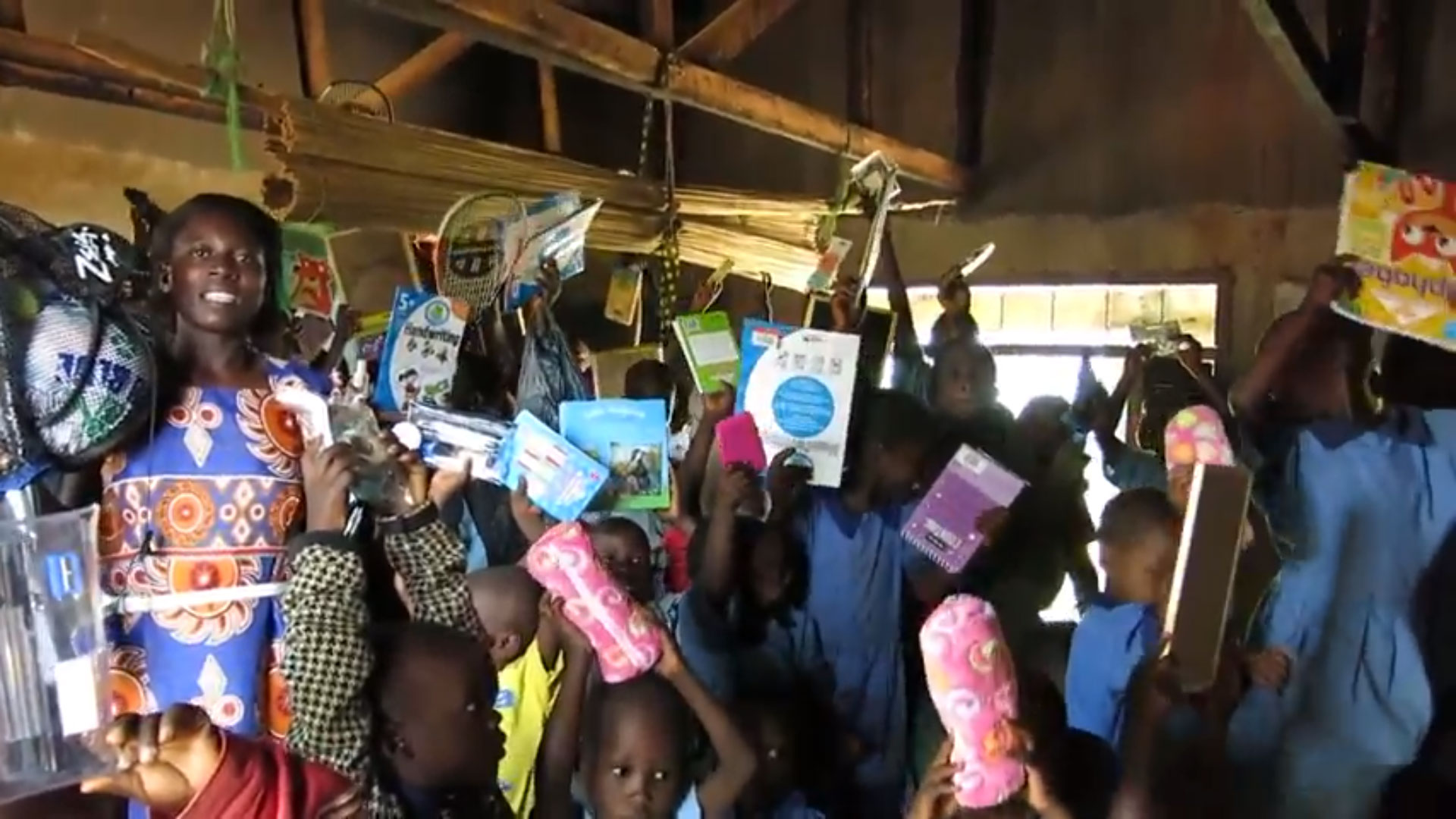